Susan, the alleged resident ghost at the Buckeye Tavern in Lower Macungie Township in Lehigh County, Pa., seemingly appeared in a photo taken during a recent fire.

Restaurants, taverns and inns are favorite places for spooks. The Buckeye Tavern in Macungie hosts a little girl who died there long ago, and an old gentleman whose presence has been sensed near the front door

Nearly a week after fire ravaged the historic Buckeye Tavern in Lower Macungie Township, Lehigh County, a picture of the fire is going viral.

Buckeye Tavern owner Terry Bender says since fire ravaged the historic landmark on May 12, he hasn’t been able to look at pictures or video, at least not until now.

“I saw the picture and it looks like Susan,” said Bender.

Susan was the resident ghost at the Buckeye.

Some believe the image of Susan appears to have been captured in an upstairs window as firefighters fought the flames of the Buckeye.

by Sarajane Williams (with contributions by Jennifer Rodgers) 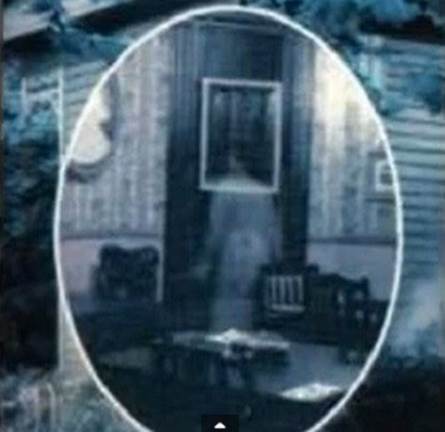 Buckeye Tavern owner Terry Bender isn’t sure what he believes, but he admits that his customers’ and staff’s stories are “very interesting.” His own experiences of flickering lights, items disappearing and then reappearing, and unmanned doors suddenly opening to assist his entry when his arms were full, have not yet convinced him that there is paranormal activity occurring within the historic tavern’s stone walls. He has a collection of photos, depicting floating orbs and streaks of light, taken inside the tavern that were given to him by customers and friends. Moreover, at least six paranormal investigative groups have spent countless hours recording sounds (EVP) and measuring electromagnetic fields (EMF) in the dead of the night.

Terry even heard an older-sounding female voice on one of the barroom recordings that screamed, “Get out of here!” As the investigators walked out of the room another male voice said, “Come on back.” In addition, another recording of a young woman’s voice, from the loft area, identified herself as, “Susan,” after investigators tried to speak to the spook.

A huge spike appeared on the EMF meter as it was passed over one of the bar stools on the main floor. Instead of getting the creeps, Terry creatively placed a brass plaque on the back of the bar stool, to honor “Screaming Susan.”

The tavern has provided food, warmth and shelter for thousands of people for more than 200 years and it has played an important part in the region’s history. Sometimes the smell of bacon unexpectedly wafts from the basement, where an early kitchen was located. Formerly known as the East Macungie Hotel, the Buckeye Tavern has been continuously operating as an inn, with upstairs apartments, until five years ago, when Bender purchased the property and did extensive renovations.

During his first month of business, the lights flickered “all the time,” as if a bad storm was brewing. Terry said, “It was really bad.” Then suddenly the flickering stopped and hasn’t occurred since. Perhaps it was a welcoming gesture from the unseen world?

Some of the previous tavern owners have reported seeing apparitions and a few employees have seen the little girl upstairs at night.

Head chef Neil Leidheiser, who lived on the second floor when his family owned the tavern in the 1990s, reported he once looked up from the street below his second story window and saw the silouhette of a young girl dressed in colonial type clothes.

“I remember thinking she was dressed in old fashioned clothes because her sleeves were really puffy C it looked colonial, ” Leidheiser said. 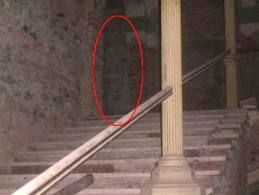 When he got to his room, no one was there. He asked his sister, who lived in another apartment in the tavern, if she saw or heard anything but she said she didn’t. He said he believes it was a young girl because her head and shoulders were visible in the window and the top of the window is only as high as an adult’s chest.

The owners before the Leidheiser family told him their cats would sit in the room below his apartment and look up and cry, for no apparent reason. Leidheiser wasn’t scared by the girl and he never saw her again.

Other witnesses have reported seeing an older gentleman on his way to the front door, from the parking lot.

Unexpected drafts of air can send a chill up one’s spine any time of day or night, but when one of the wait staff reports that her hair has been pulled or the bartender reports that he has been touched by something invisible, it feels creepier.

Another oddity is a toy parrot, located upstairs, that’s supposed to talk. It never talks, except when the last lights are turned off at night. There’s also a small horse figurine that was left on the bar by investigators for the little girl. The next day, no one could find it. After an extensive search, it was found propped up against the farthest wall underneath the loft stairs.

Regardless of Terry Bender’s desire to reserve judgment, there are things at the Buckeye Tavern that apparently do go bump in the night

For example, at Buckeye Tavern people have reported strange noises reverberating through the walls and the smell of frying bacon from the basement. The source of these occurrences has been linked to either a small girl who passed away there or an older gentleman who can be sensed throughout the premises. Listen to an Electronic Voice Phenomenon (EVP) captured by P.H.E.A.R. at the Buckeye Tavern here:

Hello,
We have two gift card options available,
please choose one below.

Hello,
We have two gift card options available,
please choose one below.